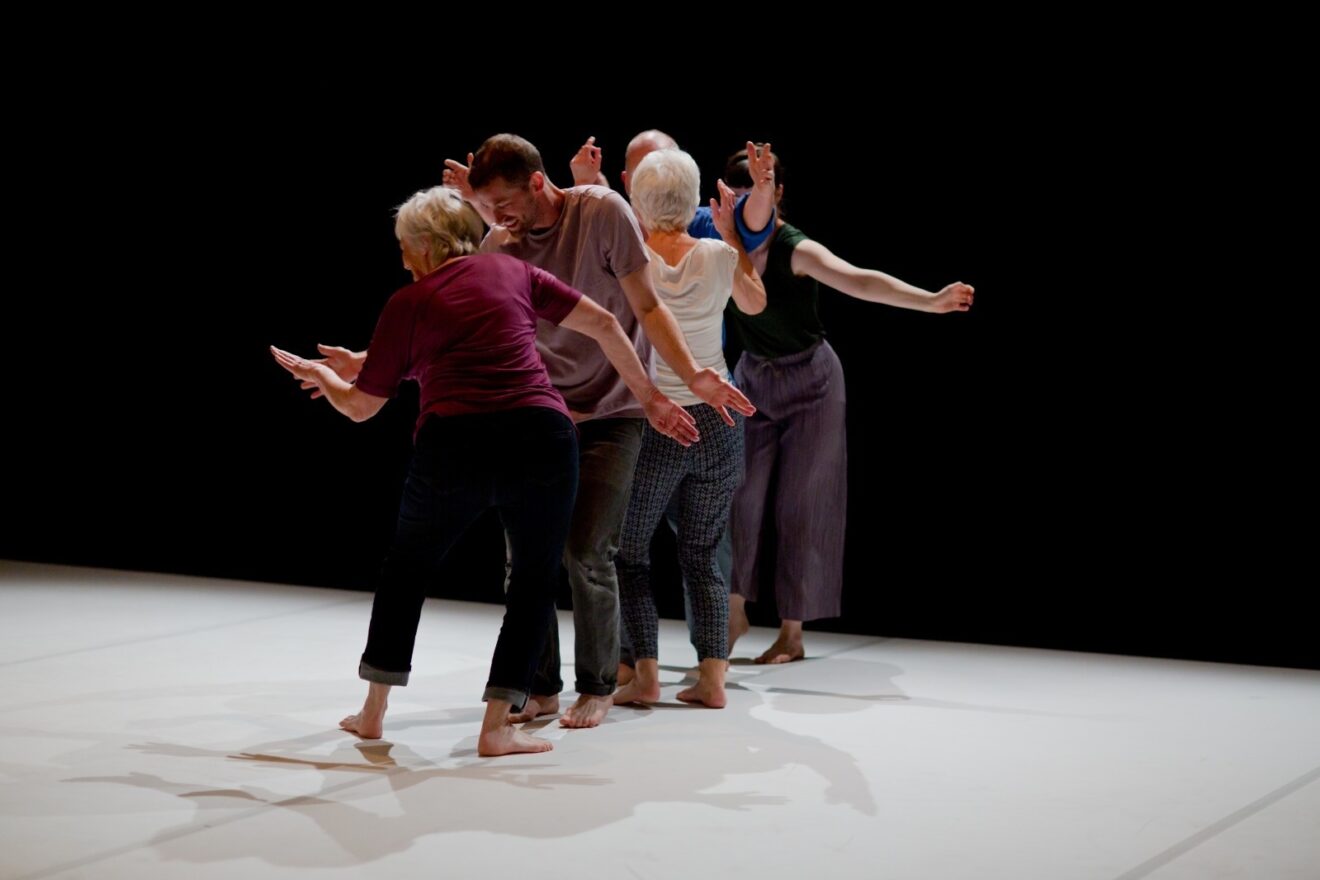 Dance has traditionally been inhospitable to the ageing body. When your success depends on how high you can jump, how flexible you are or how long you can keep going, any decline in flexibility or stamina implies your career is reaching its natural conclusion. Contemporary dance, unlike ballet, is more sympathetic, often focusing less on technique and more on presence and a more holistic approach to movement. Still though, even with contemporary dance, it is unusual to see older dancers on stage. In dance centres where evening classes are taught, dance groups for ‘over 50s’ are common, with adapted movements and pace to cater to older bodies. There is what amounts to a segregation of the population, based on age.

“Dance tends to be 20 or 30-somethings that live in cities,” says Robbie Synge, “and for me as I go into my 40s, I’m looking around and wondering where all my peers are. There’s not a representation of the older body on stage with dance.”

Robbie and his co-creator Lucy Boyes are speaking to me over Skype from their home in the Scottish highlands about Ensemble, their upcoming work in the festival. A piece for five performers, Ensemble explores physical capacity and togetherness within a group aged from 32 to 76. Two of the performers, Judy Adams and Christine Thynne, have been working with Robbie and Lucy for more than five years. 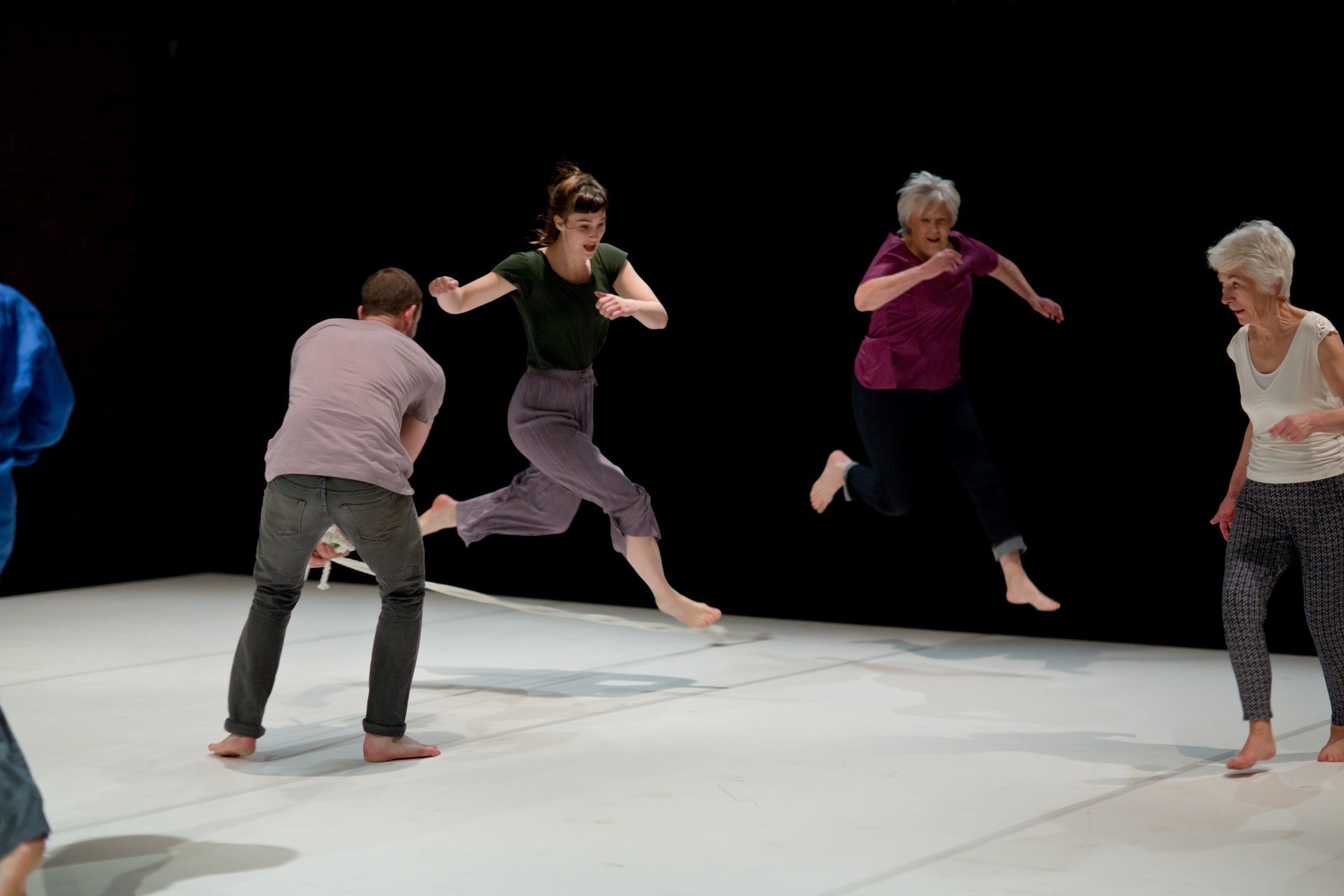 When Lucy first met Judy and Christine more than five years ago, she was looking to work with a group of older people to explore ideas around memory and place – looking to create movement in response to old memories.

Lucy: “I think initially it was about a sense of place… we started with somewhere that was important to them, and went from there. In the early days, we were working with memory and asking them to take us back to places. One of the ladies, who has passed away now, took us to a beach in Edinburgh that she’d met the love of her life on, and we created this memory journey and made a solo around that.”

Ensemble takes a different approach to thinking about age and movement. Though Lucy and Robbie have maintained a relationship with some members of the group since that first project, the focus now is much more about the physical than on the theme of memory.

Robbie: “I think there’s a lot that’s been problematic in our approach that we’ve sorted out recently. Even the fact that the two of us were never going to be performing or onstage, and even in this conversation the fact that we’re talking about ‘older’ people - it can be very othering. I think what’s interesting is liveness and presence in a space. So when Judy and Christine said ‘why don’t you get more involved with us physically?’, it made a lot of sense, and by that time the trust had really grown between us. These women are not trained performers, they’ve just happened to do a lot of class, but trust has been a really important part of it. Getting a lot closer on stage then became the thematic focus, literally from a biomechanical focus – ‘Can you lift me, can you drag me, can we go super, super fast together? I’m 76, can I hold a handstand for 20 seconds?’”

The work contains a strong element of risk, with the performers interested in pushing physical boundaries and seeing what’s possible with the bodies that they have, in isolation and interdependently on stage. Some of the work has been about dismantling expectations about what an older body can do, what it’s safe for an older body to do, and how older and younger bodies can interact with each other. One of the seeds from which Ensemble has grown was a short film that Robbie and Lucy made with the group called Risk Assessment.

Lucy: ”I think the physicality we explored from the questions we were asking in the film has definitely carried over into Ensemble. One question was ‘What do you want to do? What’s exciting, and what do you feel is physically unachievable in a way?’ They came up with a lot of stuff, and we pushed them a lot further in that, and they came into a place where they had to let go a lot more.”

Robbie: “So one sense of the risk was the stuff we were doing in the studio, and the other was, is this risky to us as dance professionals, in terms of our career? Working with older, non-professional performers, hearing from presenters that they can’t present the work, or the risk of seeming arrogant, like we’re pointing fingers at funders. Can we afford to do this and not make an income?”

Though Robbie and Lucy are the directors of Ensemble, they looked to involve the cast in the process of creation – an exercise in letting in other perspectives that’s central to the concerns of the work. A key part of the process has been building up a relationship of trust over a long period of time with the cast, which has allowed Robbie and Lucy to engage as performers with them on a close, physical level.

Ensemble runs for one night only in the Space Upstairs at Project Arts Centre on Wednesday 15 May at 7.30pm. Tickets available here.