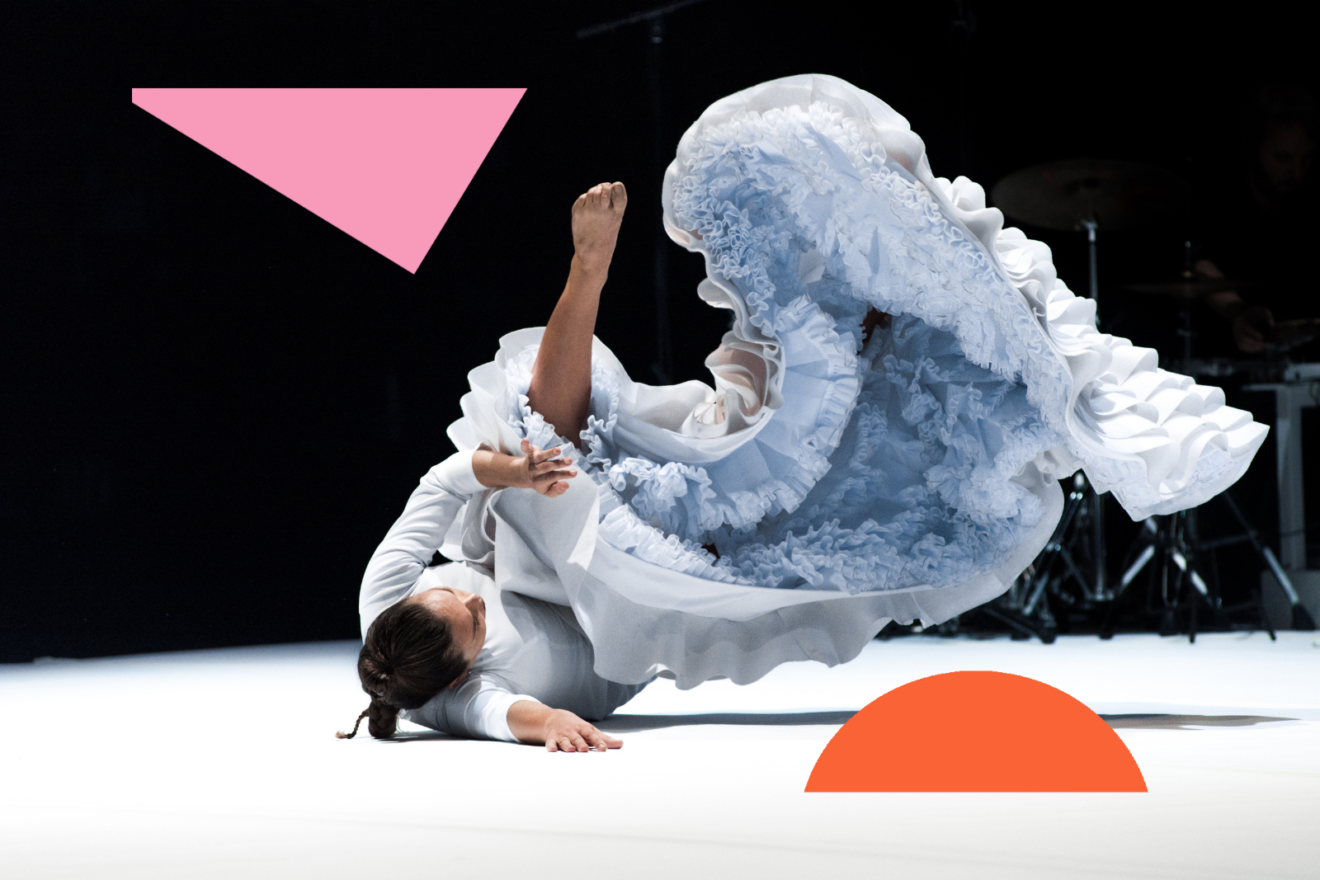 Our 2022 Edition made quite a splash in the press. Catch up on interviews with Festival artists and performance reviews here.

Michael Seaver of The Irish Times was thrilled to attend sold out performances, see brand-new choreography, and experience a compelling film installation as part of DDF2022.

Siguifin choreographer Amala Dianor spoke to the Irish Times about the creation of his piece, ahead of its sold out run at Project Arts Centre. No More Workhorse gave the performance a glowing review.

A Call To You persevered through a sudden shuffle of the cast, including a surprise appearance on stage of choreographer Catherine Young, to create a timely and hopeful experience for the audience. No More Workhorse raved that despite setback, the performance impressed and thrilled audiences.

Flamenco rockstar Rocío Molina received 4 stars from The Arts Review for Fallen From Heaven at the Abbey Theatre.

Filmmaker and choreographer Áine Stapleton spoke about her artistic process in the first installment of DDF's In Conversation series. Dive deeper into her work on RTÉ Culture.

Junk Ensemble's sold out performances of Dances Like a Bomb thrilled and uplifted audiences at Project Arts Centre. Listen to RTÉ Radio discuss the development of the work with Megan Kennedy and Finola Cronin

Jan Martens/GRIP & Dance On Ensemble challenged our audience reviewer with revolutionary ideas an stunning choreography during any attempt will end in crushed bodies and shattered bones at the Abbey Theatre.