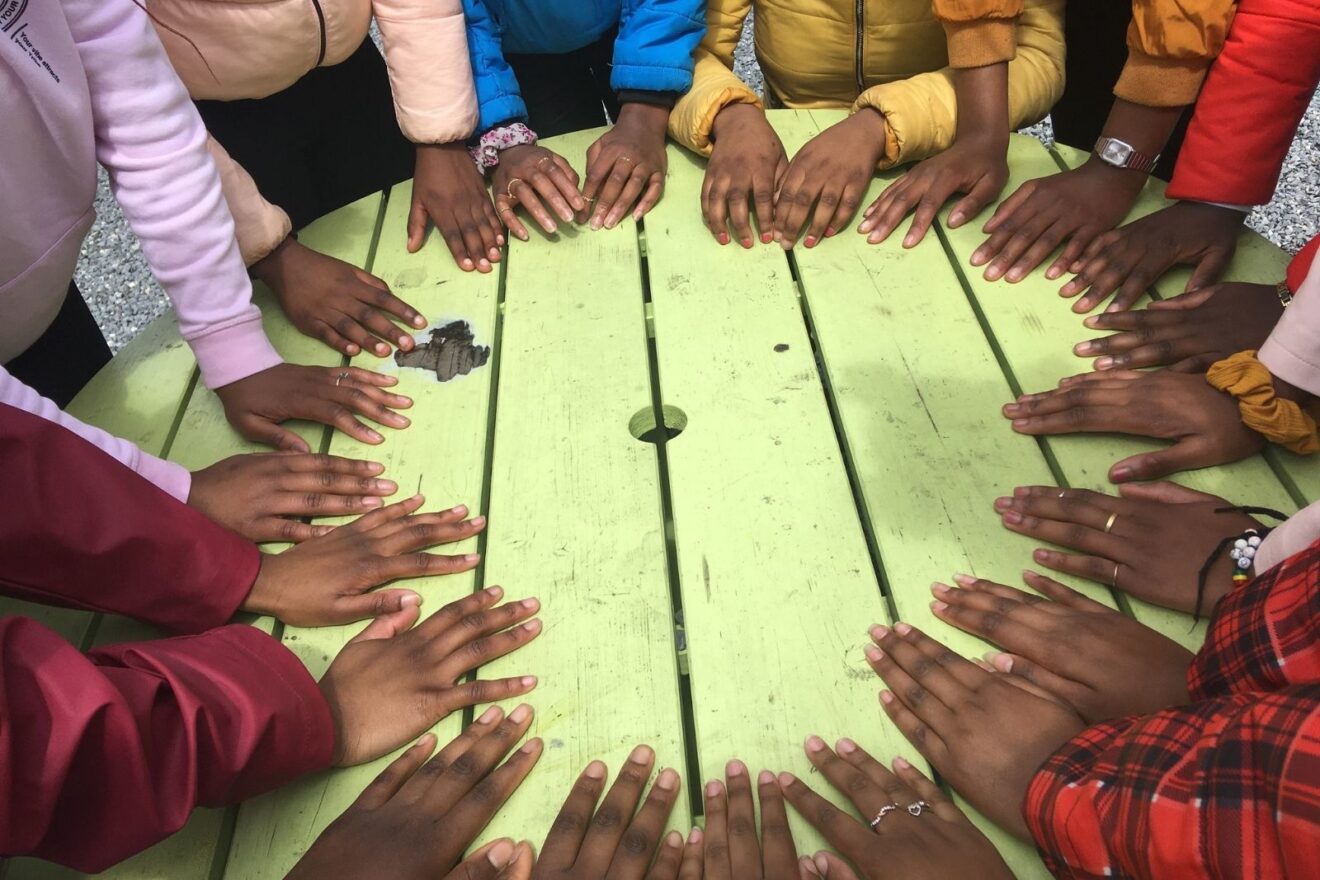 DDF was delighted to partner with The Digital Hub to bring The Missy Elliott Project to Dublin in June 2019. Developed by the UK-based artist, Selina Thompson, this performance and digital exchange project invites young women of colour from cities all over the world to collaborate and imagine a RADICAL NEW FUTURE.

Felispeaks (aka Felicia Olusanya), one of the artists involved shares what the project meant to both the artists and the young women who participated.

"Right at the cusp of its international expansion; The Missy Elliot Project found another home in Dublin city to nurture a week-long creative space for young girls of colour. The girls were mentored by female artists of colour for a week in early June. Choreographer and lead artist, Emmy Lahouel, oversaw the project and mentored the Dublin creative team which included myself, Felispeaks, a performance artist and writer; producer and designer Thais Muniz; song-writer and music producer Fehdah; and videographer Samara Addai.

After sharing information about the project with youth workers, organisations and schools throughout the country, on Monday the 3rd of June we waited excitedly for the arrival of the young women – including a group from my hometown in Longford, who took on a 2-hour morning commute every day. By Day 2, word had spread and to our delight, even more participants joined for the remainder of the week's workshops. 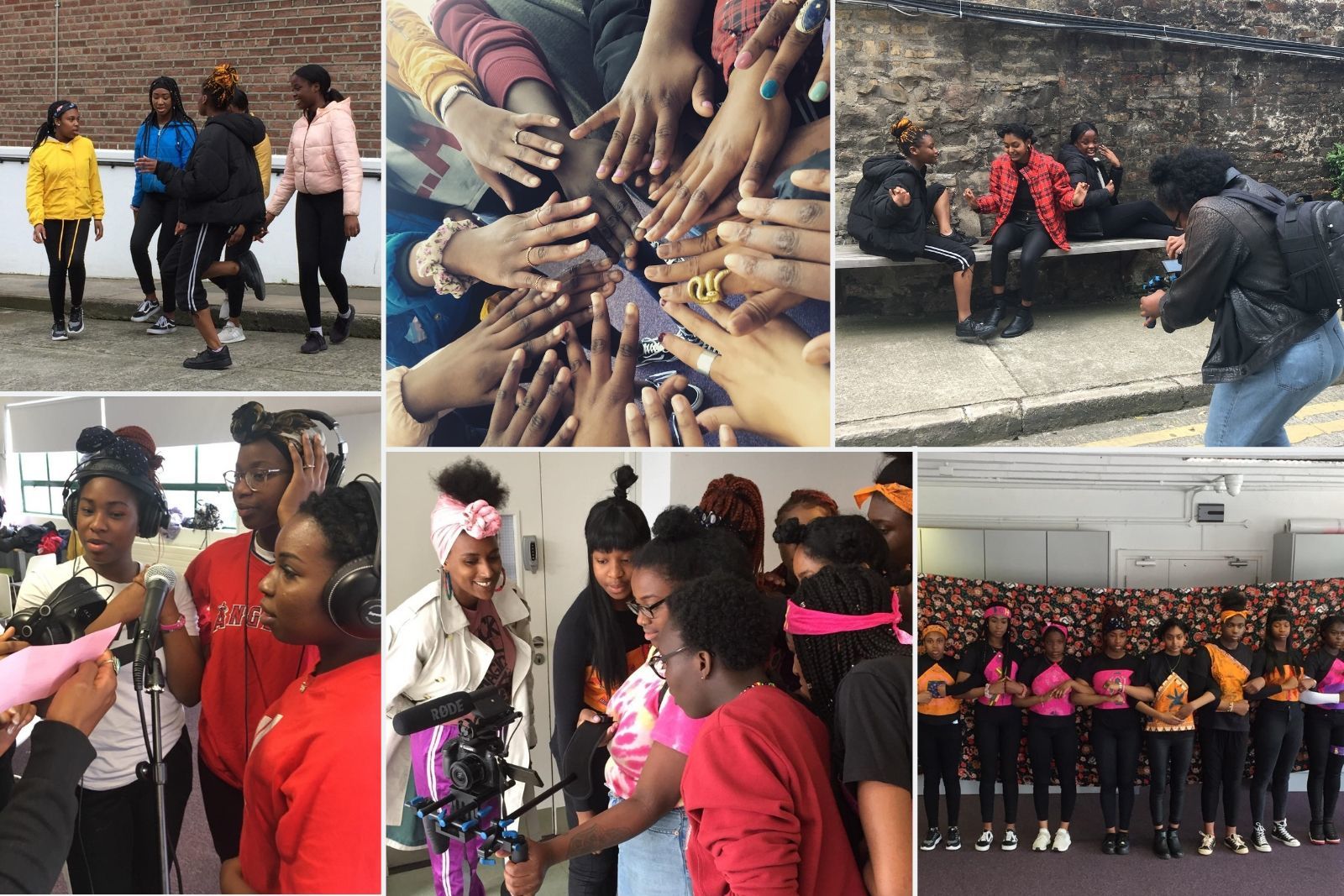 The aim for the week was to be the ‘tools’ in this youth-led project. Our vision was to create a space where the young women were able to harness our personal talents, allowing them to recognise and develop skills in themselves. We discussed ideas, themes and thoughts relevant to us as women of colour living in Ireland. Through that, the girls were able to produce their own music and dance video using lyrics, beats, dance routines and designs which they had created.

As a ‘tool’, I gave direction and they drove their ideas home through their words. It was a similar experience with their choreography. It was interesting to observe, as many of them arrived believing they would be learning pre-choreographed dances only to realise that instead they would be supported in making their own. Their textile and design work was a beautiful expression of their creativity. They were also hands-on with making their own beats, recording their verses and deciding on camera angles and the style of their music video which was then edited by Samara.

This glorious team of 14 to 17-year-olds chose and decided every step of this process as a group.

Here's what the participants and artists had to say about their experience...

Sharing what we learned and created

We had the opportunity to reflect on what we'd all learned and how the participants were impacted in an informal sharing on the last day of workshops. It was a joy to hear about all the ways they enjoyed the programme – enough to continue commuting daily. Some chimed in about empowerment and more self-confidence, others grinned about new interests and excitedly learning more in their private time.

It was an emotional ending for all of us – I may have even shed a tear or two! On a personal level, it was a life changing experience for me. It’s motivating me to be the person I wanted to see growing up. It’s pushing me to reach more young people in meaningful and impactful ways. I believe this is only the beginning for those talented young women, and I loved being a part of that beginning."

You can find out more and follow The Missy Elliott Project by Selina Thompson Ltd as it travels to other cities HERE.