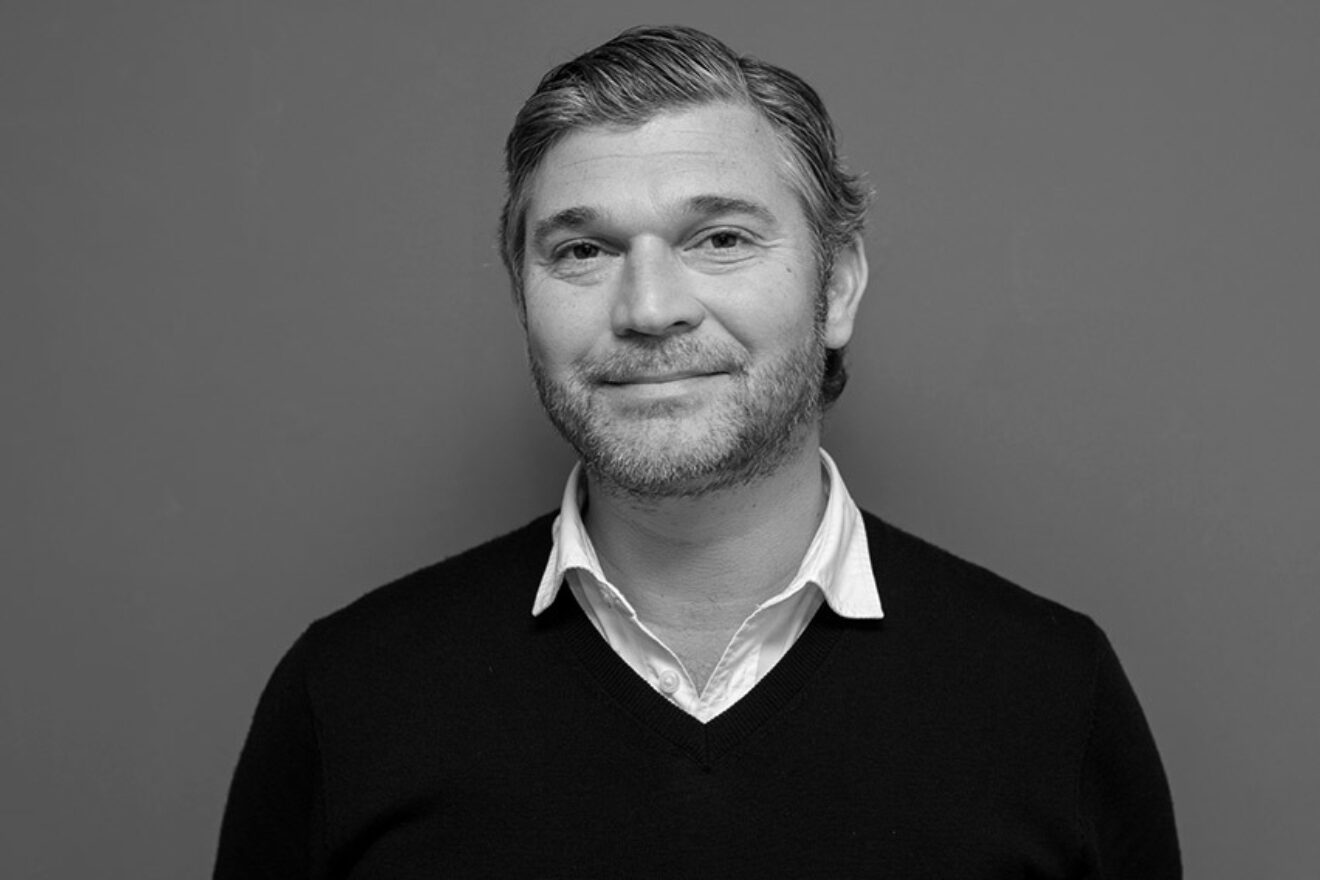 In July, we said a fond farewell to outgoing Artistic Director Benjamin Perchet. At the end of this era – a very unique and successful one that included celebrating the Festival’s 15th Edition and presenting two fully digital Festivals – we asked Benjamin about his experience, some of his highlights and what’s next on the cards.

What changes have you seen in the dance scene in Dublin (and Ireland) since you joined the DDF team in 2016?

While sharing their work with a broader and ever more engaged audience, I believe Ireland-based dance artists and collaborators have strengthened their confidence, pride in their accomplishments, hope and inspiration. Engaging with the work and ideas of other artists from home and abroad during the Festival year on year has also helped consolidate individual artistic ambition, demonstrating how truly original and distinctive their work is and the impact it can have on the European and international dance scene.

You have become known for bringing unusual and unexpected performances to the Festival. Which most surprised or delighted you with how they were received by audiences?

They are numerous, though I’m always very happy to remember how open and enthusiastic audiences were to embrace varied work by: iconoclast and burlesque Greek performer Euripides Laskaridis (2016) in Relic, the poetic force and radicality of celebrated French choreographer Maguy Marin’s work Singspiele (2017), and the minimalistic and repetitive Rosas danst Rosas by Belgian master Anne Teresa De Keersaemeker (2019) which required a lot of concentration. The constant attention and natural generosity of Irish audiences are unrivalled.

When you look back at the 6 Festivals you’ve programmed, what performances stand out as highlights for you?

For myself, and I think for everyone in the room, Crystal Pite’s Betroffenheit (2016) was both an aesthetic and emotional shock. It was quite a challenge to present this work at O’Reilly Theatre from a technical perspective, though every effort and compromise were worth it: this stunning and one-of-a-kind production left indelible traces on the collective imagination long after its Irish premiere.

Another highlight for me is the decision to support Top 8 Street Dance Battle in 2017 (and then again in 2018 and 2019), bringing greater visibility to this brave and necessary initiative created by Tobi Omoteso.

The opening performances with RIOT at Vicar Street (2019) were a mind-blowing blast of Irish eclectic talents! My first visit to Dublin in 2015 was on the day of the referendum which amended the Constitution of Ireland to recognise marriage irrespective of the sex of the partners. The whole city was partying. After a show at Project Arts Centre that night, the drinks and conversations were very special, and I came to know the Queen of Ireland: Panty Bliss. Then In 2019, Panty Bliss appearing as the MC of RIOT again was glorious.

It’s always thrilling to witness an artist’s work growing and reaching a broad audience nationally and internationally. So, it’s no surprise that a highlight was seeing Lazarus and the Birds of Paradise (2016) by Northern Irish artist Oona Doherty develop from a work-in-progress performance as part of First Looks presented by Dublin Dance Festival, Dance Ireland and Culture Ireland into the ambitious Hard to Be Soft – A Belfast Prayer (2018) on the Abbey stage.

It was quite heartbreaking not being able to present Indian dancer Shantala Shivalingappa’s solo work aSH in 2020 due to the pandemic. My intuition tells me that this work would have been one of the most appreciated and beloved by Irish audiences that year, a miracle of poetry in motion. 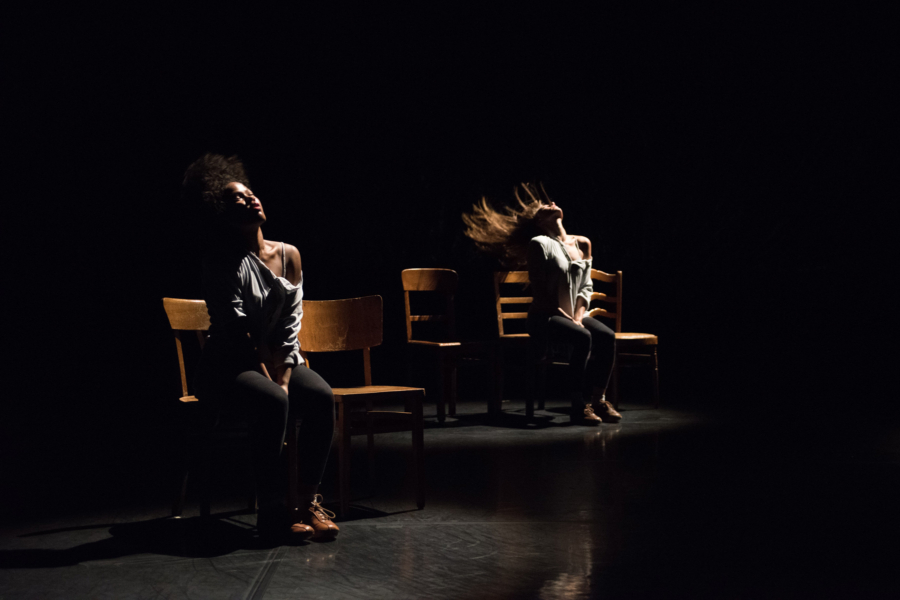 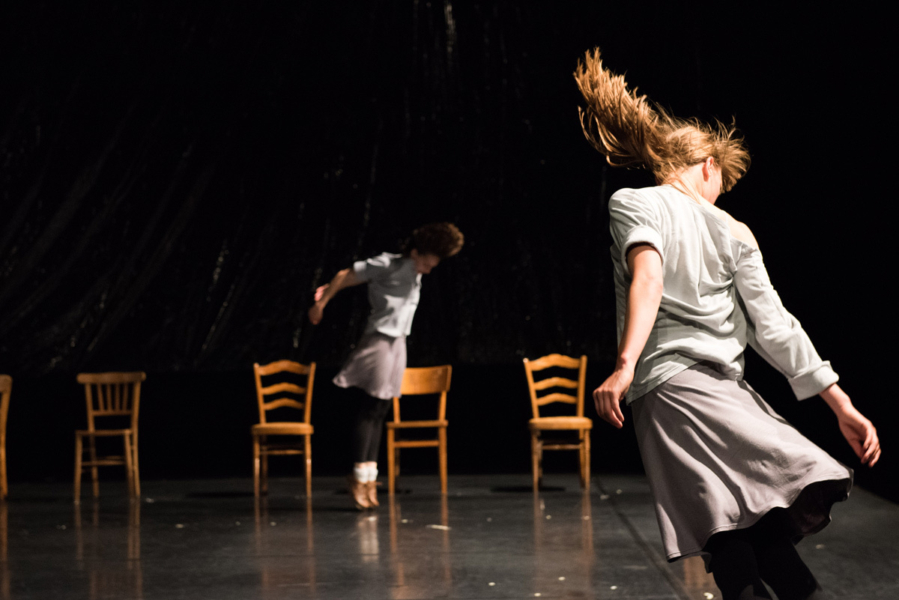 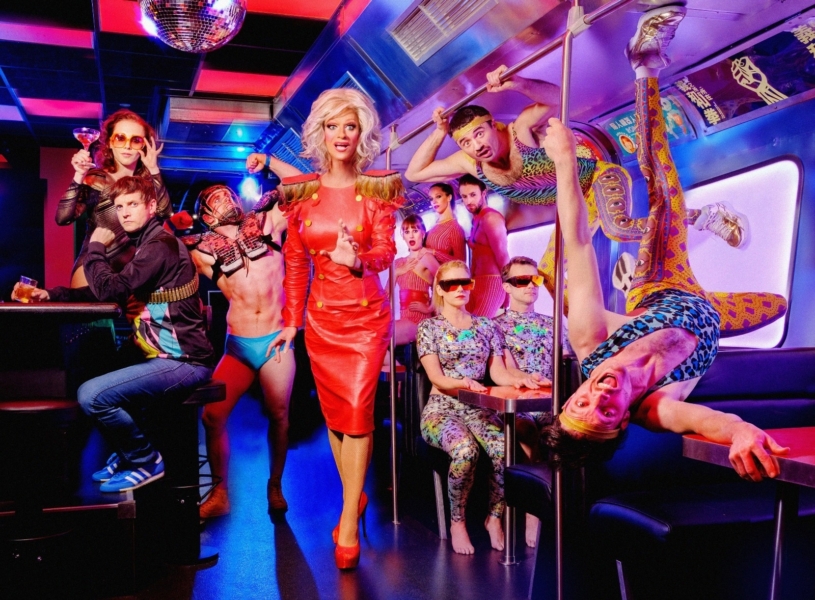 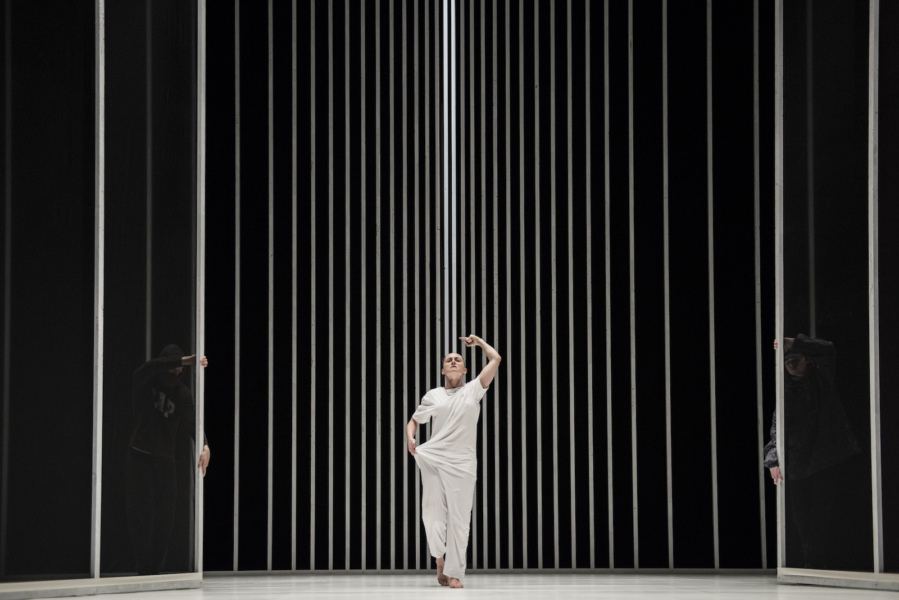 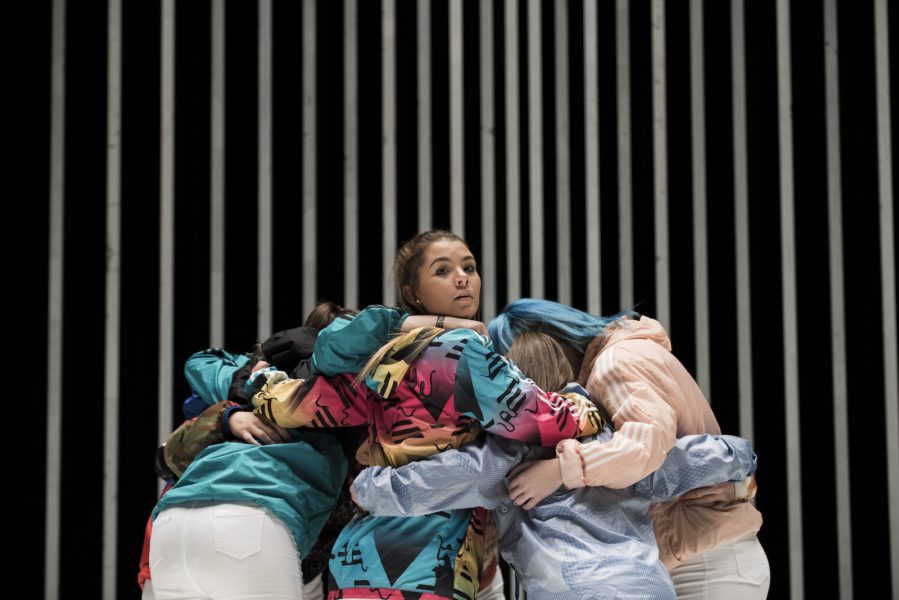 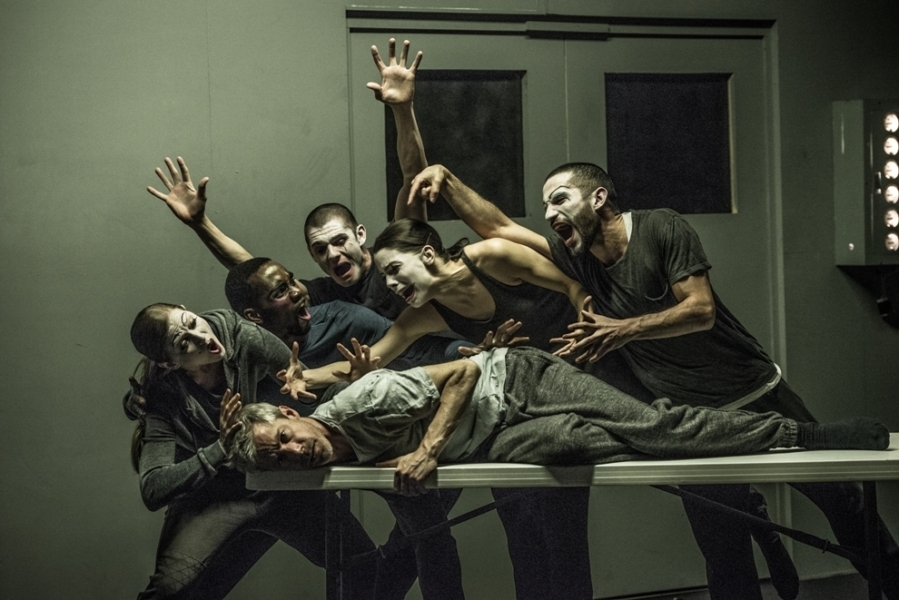 What do you consider your proudest achievements from your time as DDF Artistic Director?

The Festival helped to ‘grease the wheels’ of the highly anticipated and quite complex collaboration between leading traditional Irish dance artist Colin Dunne and Irish composer Michael Gallen with renowned Flemish-Moroccan choreographer and dancer Sidi Larbi Cherkaoui, culminating in the Irish premiere of Session on the Abbey stage in 2019.

Alongside this, investing and trusting in artists and projects has been an exciting and rewarding focus: Liz Roche was the Festival’s artist-in-residence from 2017-2019. Oona Doherty is artist-in-residence from 2020-2022. It’s very important for the festival to trust and collaborate with an artist’s intelligence, capacity and availability throughout the year, outside the climax of the festival. It’s a crucial partnership because the Festival’s audiences celebrate not only creation, but also the processes leading up to it.

The period was also one of incredible growth for the organisation, with increased and diversified audiences as well as increased public and private resource. I was proud to lead DDF in becoming one of the 12 partners of Big Pulse Dance Alliance, a Creative Europe funded project (2021-2024) which demonstrates clearly the Festival’s voice to carry loud and clear the attributes of a leading international organisation.

The last year and a half have brought unthinkable challenges for the arts and saw two programmes of DDF move online. Have there been any silver linings that have emerged for you out of these digital editions?

For everyone at Dublin Dance Festival, 2020 and 2021 were challenging, from a professional perspective of course, as much as a personal and intimate struggle. We were the first festival to cancel our programmed 2020 Edition and build an online offer, and we then presented a second fully digital Summer Edition in May 2021. The competence, team spirit and committed adaptability of the whole team has been crucial in making this possible.

While not having live performance was sad in many ways, online participation from people in Ireland and abroad was massive so I am hopeful that these adaptations enabled people to engage in different ways with dance ¬– maybe even welcoming people in who might not have been able or comfortable to attend a live performance in a theatre.

Liz Roche’s collaboration with David Coonan / Crash Ensemble, Dēmos – films of separation and togetherness, was a wonderful example of how this is possible. It brought us an intimate and captivating chance to experience this new work in a digital format, ahead of the live premiere that we can look forward to later this year.

I would also like to thank all of the artists who created some distinctive pre-recorded video works, commissioned or supported by the Festival, including: Liz Roche Company and Crash Ensemble on the Abbey stage, Justine Doswell at St Patrick’s Cathedral, Ginevra Panzetti & Enrico Ticconi in Turin and Ali Chahrour in Beirut. 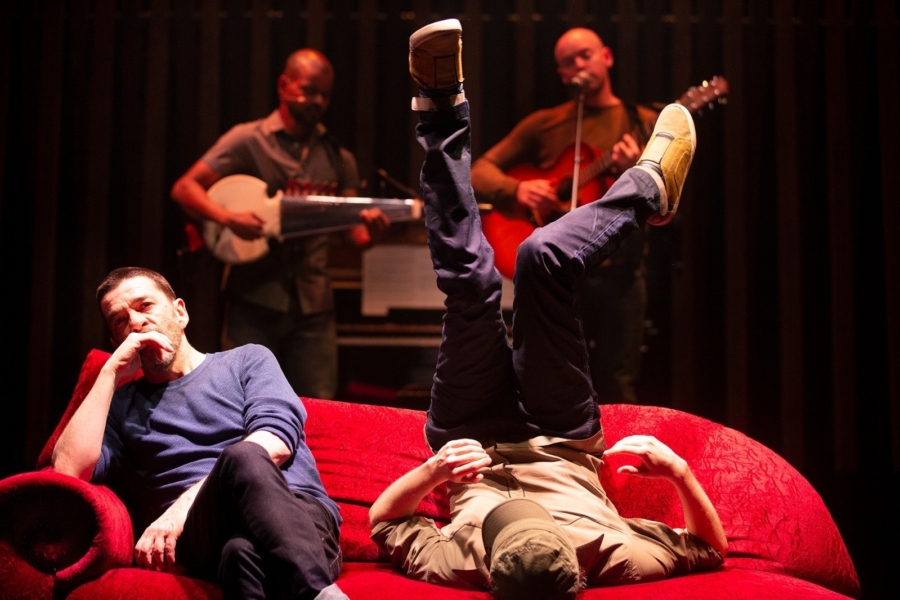 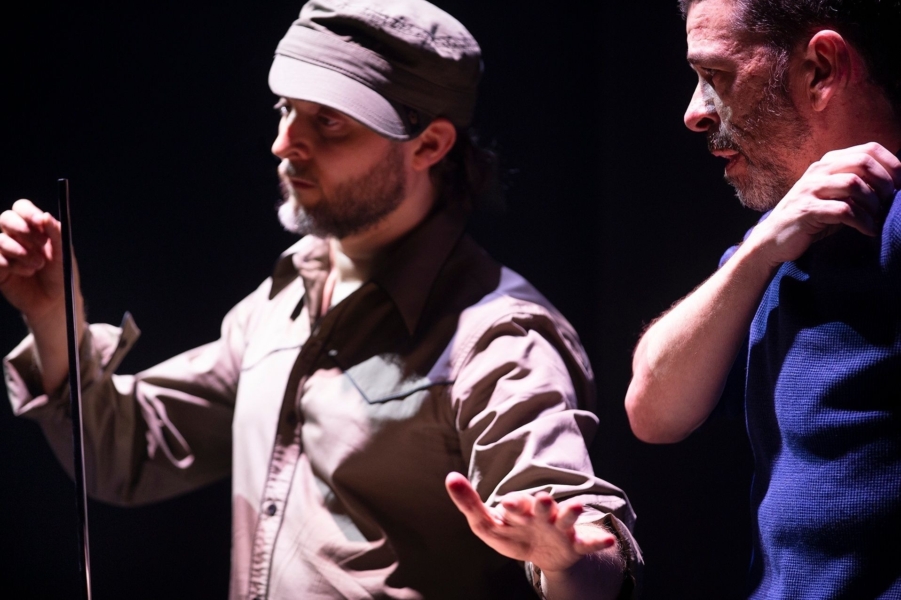 The Love Behind My Eyes by Ali Chahrour © Pôle Seif

What is next on the cards for you?

I am honoured to go on advocating for the arts across Irish culture and society as Artistic Director/CEO of Carlow Arts Festival. In this completely unexpected context, I’m excited to curate excellent and relevant live performances from home and abroad, digital and virtual experiences, site-specific works, critical discussions, mentoring opportunities and workshops during the festival's annual edition in June, and engagement with local people throughout the year. We shall go on trusting audiences’ curiosity and open-mindedness, and we will welcome everybody from Carlow and beyond for an inspiring and precious journey.

I won’t become a stranger in the dance sector in Ireland though, not at all. I’ll remain a privileged audience member and an unconditional lover of dance and movement!

It has been the greatest pleasure having Benjamin lead the artistic vision of DDF for the past 6 years, and we are delighted that he will remain a local resident, and a passionate advocate for the arts in Ireland. Join us in wishing him the greatest success in his new role. A bientôt!