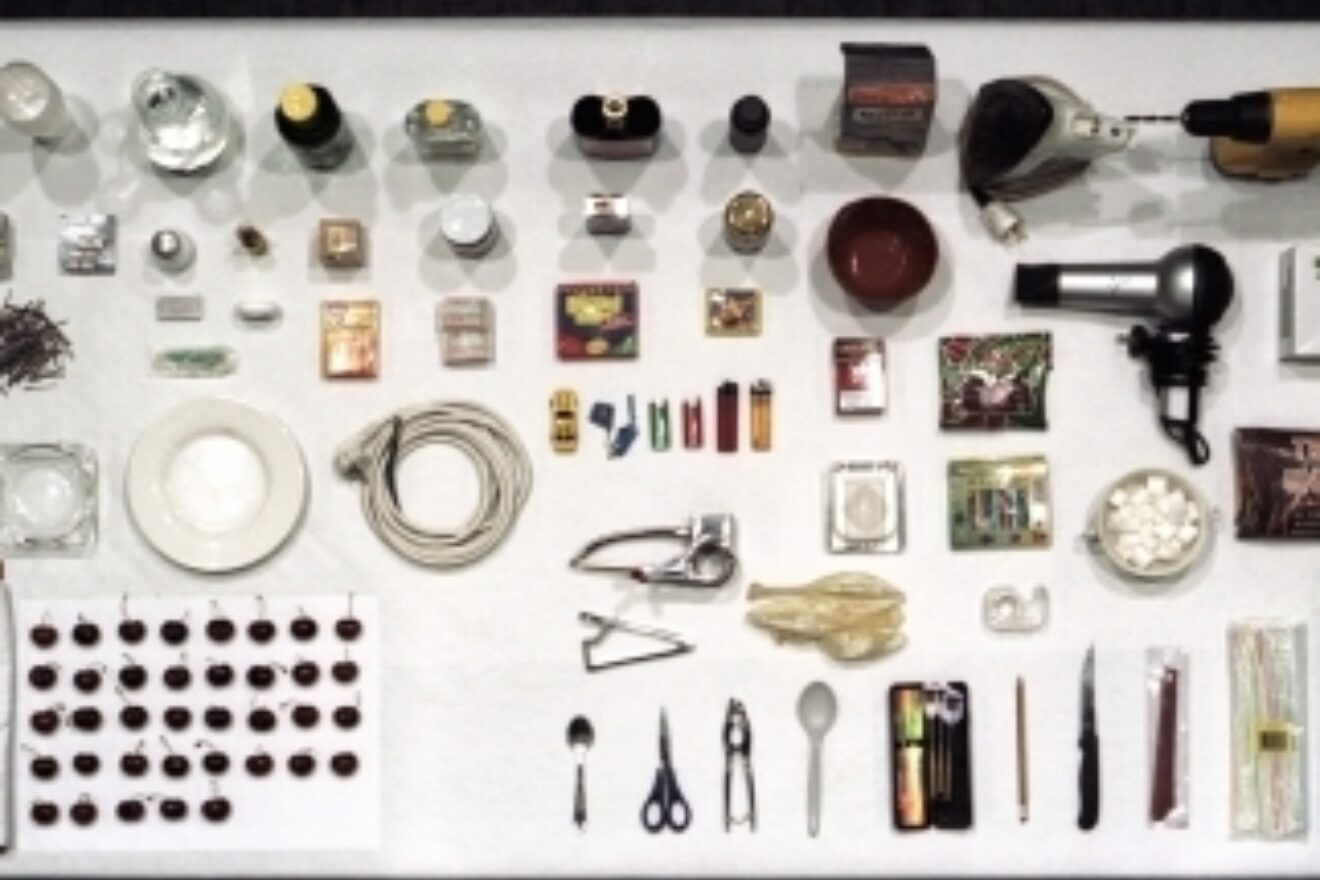 The Cube at Project Arts Centre is brashly lit from the bare overhead bulbs. The audience stand in a circle around two tables, white table-clothed, one empty, one covered in an array of knolled* objects. A can of deodorant, masking tape, a stack of plastic cups, a hammer, needles, electrical wire, a knife, darts, a hairdryer, sugar cubes, a bag of earth... and, 35 perfect cherries. A woman emerges from the audience, dressed in black, and dons a white apron. You get the sense something bad is about to happen.

Eva Meyer-Keller's 'Death is Certain' executes a simple principle, extremely well: she doesn't tell, she shows. Over a period of 40 minutes, she clinically and unemotionally disposes of the cherries one by one in different ways. Controlled and methodical in her movements, there is no drama to these mini executions. The audience at first are amused, giggles and titters of surprise at the imaginative ways she kills off her victims rippling around the room. But a sense of discomfort starts to creep in.

Cherries are drowned, hung, flayed, quartered, electrocuted, entombed, impaled, lethally injected, buried alive and gibbeted. Occasionally, they suffer a fate more comical than gruesome (as when Meyer-Keller tapes two hapless cherries to a toy car and drives them off the edge of a cliff for a Thelma and Louise-esque demise). But this is momentary relief from a relentless display of the panoply of human cruelty throughout history.

The situation isn't helped by the palpable vulnerability of the fruit, its soft, yielding flesh no barrier to the German performer's knives and pins. After each successful execution, she smears bright red cherry juice on her apron. It would be comical, this concentrated annihilation of something so inoffensive as a cherry, were it not so chilling an indictment of man's badness to man.

*knoll (verb): knolling is the process of arranging related objects in parallel or 90 degree angles as a method of organization.