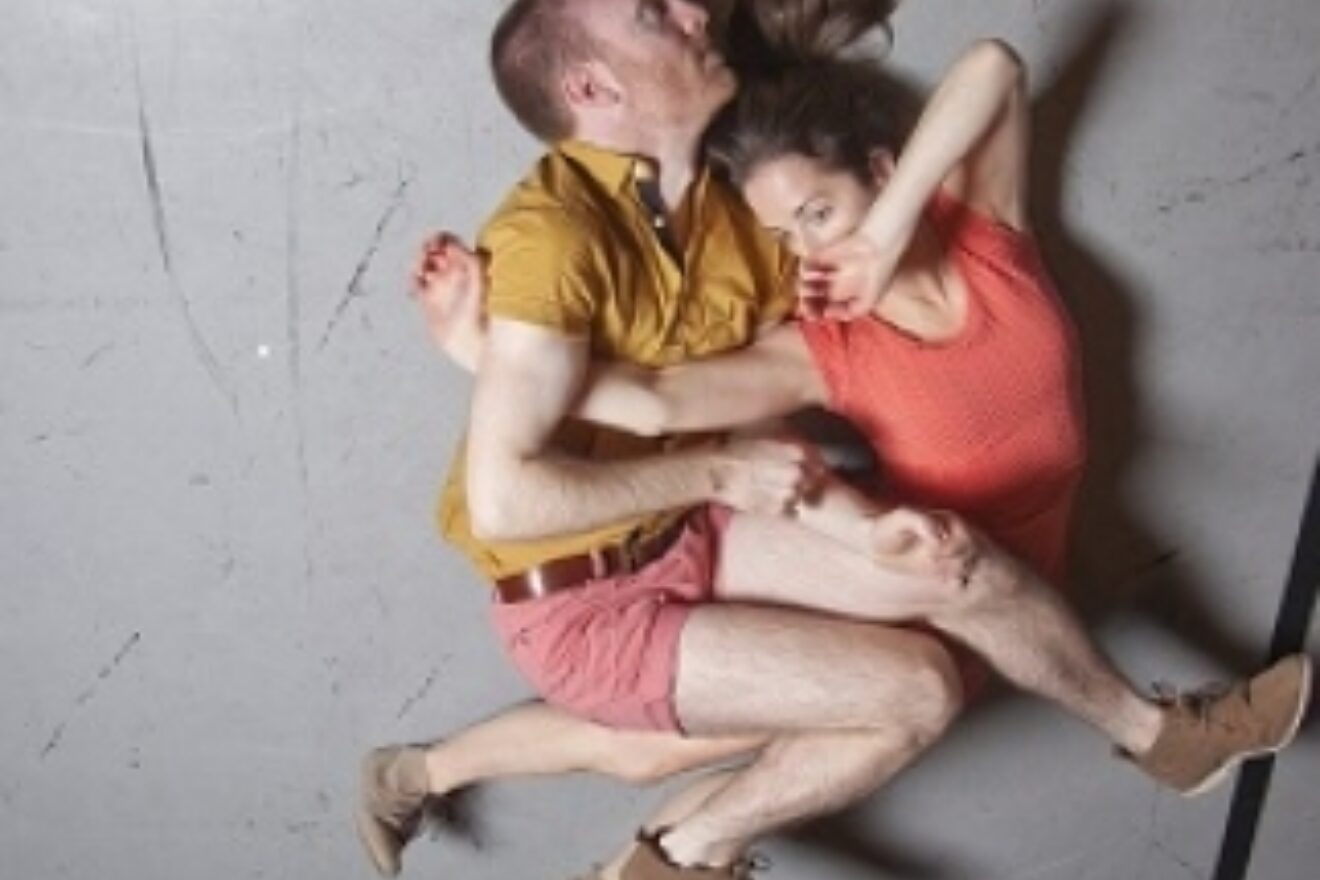 Wunderbar opens with its two dancers lying on the floor, legs and arms in the air as if falling backwards through a void. The minimalist set and Irene Buckley’s score create a sense of emptiness. The dancers’ relationship – to each other, to the space and the audience – is centre stage. They explore freedom as they fall through a series of synchronized movements that suggest unity.

Laura Murphy and Rob Heaslip ruffle their hair as if trying to brush off wasps. They anticipate the hectic pace to come as they resume their slow and controlled movement. Irene Buckley’s score chimes like a prayer wheel. The dancers rise. They are not falling anymore, although they’ve left the audience with that feeling. The opening image colours our perception of what follows. The pace of the next section creates an unexpected tension. The audience wants to take its relationship with Wunderbar to the next level, but the piece knows better than to give up the goods soon. It builds anticipation, leaving the audience light headed as if falling, weightless as if lifting off in a plane. It could be sutbtitled “something’s gotta give.”

The music kicks in and the dancers do, too, releasing their pent up energy. Rob Heaslip circles Laura Murphy, breaks free of her gravitational pull and draws her to him. She spins around him, breaks free and draws him on. Each sequence builds on the last and contains the seeds of the next. The dancers fizz with the energy of a chemical reaction trying to attain equilibrium.
Heaslip’s hips gyrate with exaggerated sleaziness, Murphy appears oblivious. Sly humour and lechery suit Wunderbar, whose balance is made up of chaos as much as calm. Murphy puts her face in her hands and shakes her head furiously, bent double. Wunderbar turns on moments like these, centres of gravity it uses to build up speed and slingshot off in new directions. The audience wills the duo on in a rush of dance.

When Heaslip threatens to cross the line into the gallery his partner restrains him. Wunderbar flirts with breaking the fourth wall to explore its relationship with its audience, yet it’s too smart to go there. Murphy wrestles her partner back from the edge in a sequence that leaves them panting. Their breath on the air is the sound of fingers on guitar strings changing position, the effort that goes into clarity and precision.

Wunderbar begins with a fall, and ends on a high. It has the trajectory of a firework; it rises through a graceful arc and explodes. These dancers were never going to fall, or let the audience down. Wunderbar soars in the memory long after the audience has crashed back to earth.