This event was part of our 2020 Edition 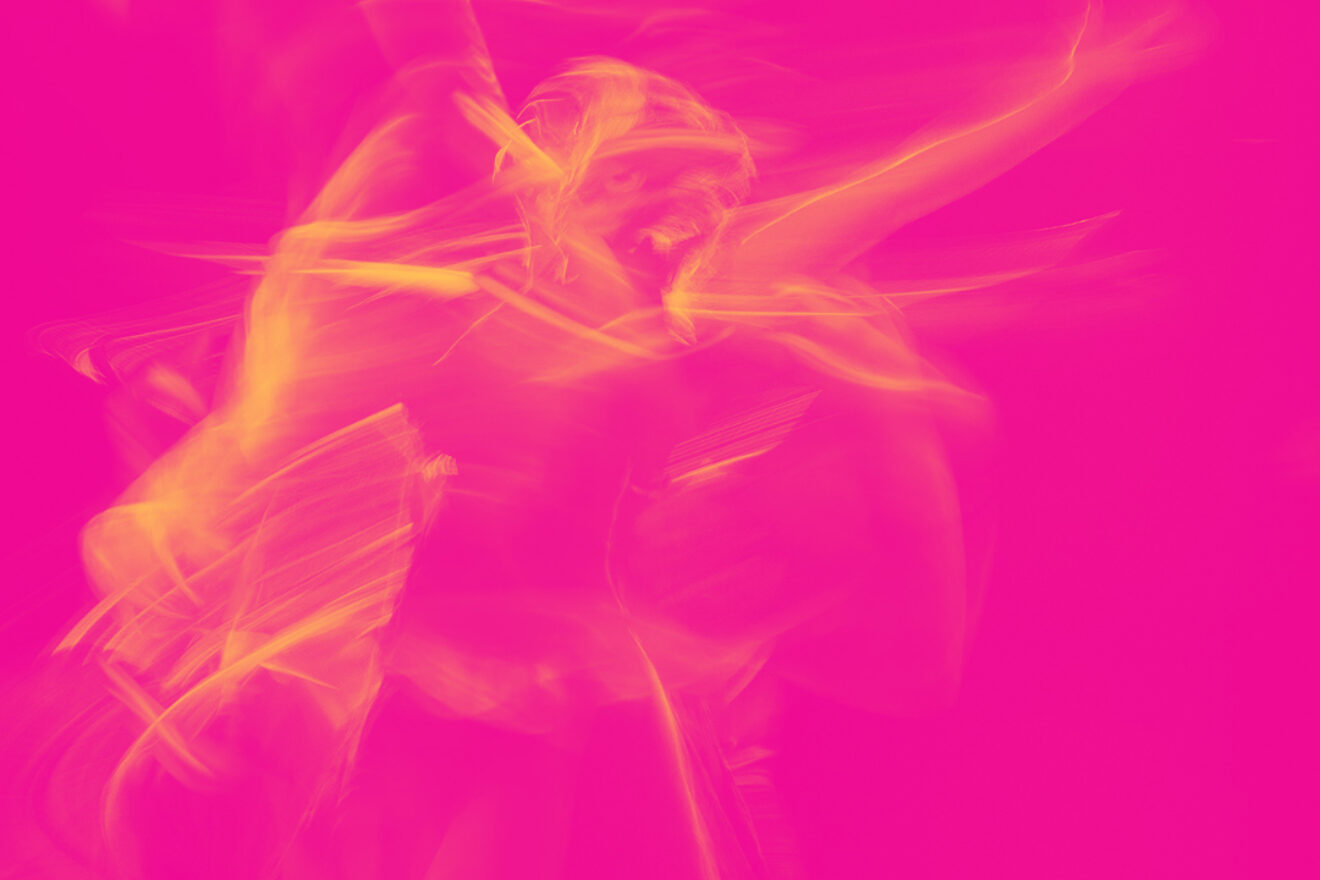 A spectacle of light and the human body.

This film was available to view here from Tues 2 June until Tues 30 June
Free, no registration required

Note: We recommend watching the film on full screen and with headphones

Choreographer and multidisciplinary artist, Hiroaki Umeda is recognised as one of the leading figures of the Japanese avant-garde art scene. His subtle yet violent dance works have toured in over 150 cities in 40 countries. He conceives his performances as a sensorial whole, creating the beats and sonic textures as well as the entrancing video and lighting effects.

The short film Holistic Strata Screen is a combination of images and sounds, where all elements – light, body, space, movement – are turned into pixels. As the particles converge, shift and disperse again, the visuals bring to mind rainfall, tornadoes and other phenomena of nature. Amidst this storm of pixels, the dancer’s physicality is heavily influenced and connected to the surrounding environment and movement.

Immersed in this harmonious world, where all movements are expressed through pixels, the audiences’ senses are challenged to the limit: to experience sensations preceding the presence of emotions.

Hiroaki Umeda is a choreographer and a multidisciplinary artist now recognised as one of the leading figures of the Japanese avant-garde art scene. Since the launch of his company S20, his subtle yet violent dance pieces have toured around the world to audience and critical acclaim. His work is acknowledged for the highly holistic artistic methodology with strong digital back ground, which considers not only physical elements as dance, but also optical, sonic, sensorial and, above all, spatiotemporal components as part of the choreography. Based on his profound interest in choreographing time and space, Umeda has spread his talent not only as a choreographer and dancer, but also as a composer, lighting designer, scenographer and visual artist.

Day 8: Who gets to dance?
A series of short films