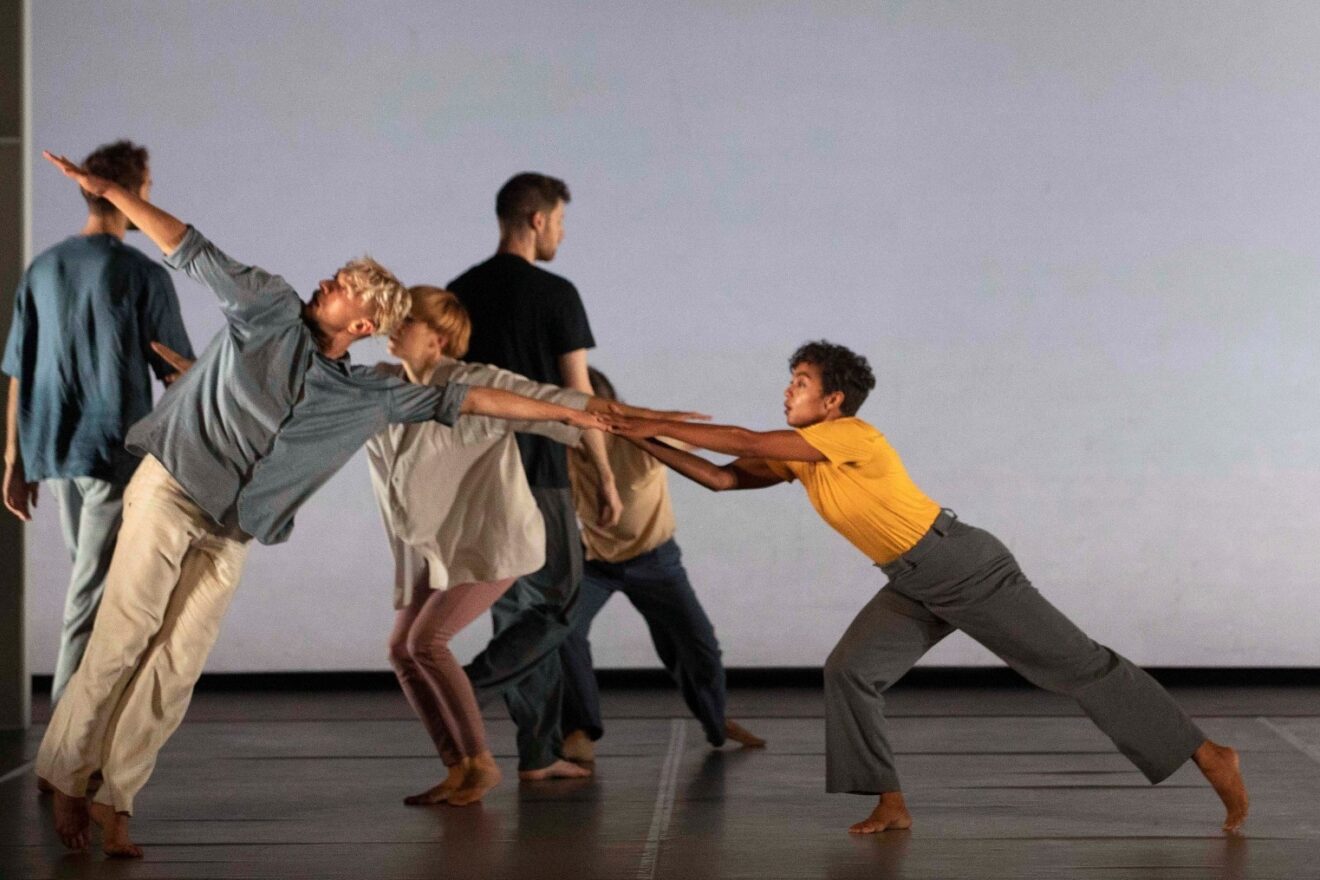 With shared curiosities, Liz Roche Company's residency with Dublin Dance Festival looks at ways in which dance can be made and experienced and how dance can connect with other art forms.

Liz Roche Company was invited by Dublin Dance Festival to be in residence for a 3-year period starting in 2017 to explore opportunities around making/ experiencing/ disseminating dance as part of, and outside of, the Festival period.

Following the shared curiosities of both organisations, the residency looked at ways in which dance can be made and experienced and how dance can connect with other art forms.

Dublin Dance Festival has had a relationship with Liz Roche Company since the inception of the festival (2002) and most recently in a major dance commission with the Abbey Theatre, Bastard Amber (2015) and on a series of dance solos, a site specific work at GPO, Embodied (2016).

This residency programme built on common areas of interest between the two organisations planning for mutually beneficial outcomes over a 3-year period.

​Audience members, artists and academics from a broad range of disciplines were invited to input and engage with the process.

Liz Roche Company, The Civic Theatre and Tallaght Community Arts developed the on-going Active Audience Initiative in partnership with Dublin Dance Festival. This audience development programme ran in tandem with the company's rehearsal and performance process on Totems and 12 Minute Dances in 2017 and WRoNGHEADED in 2018.

On-going
Liz Roche Company, The Civic Theatre and Tallaght Community Arts developed the Active Audience Initiative in partnership with Dublin Dance Festival. READ MORE about Active Audience events and how the programme interacted with this residency.

Totems
Choreographed by Liz Roche and performed at The National Gallery of Ireland from July 6th - 9th (5 performances). Totems was presented in partnership with the National Gallery of Ireland and Dublin Dance Festival as part of the reopening celebrations of the Milltown and Dargan Wings at NGI. Totems was performed by a company of six dancers and three musicians - Ray Harman, Mary Barnecutt and Doug Sheridan - who collaborated in the composition of the music, with costumes by Catherine Fay and lighting by Stephen Dodd. Totems received critical acclaim and played to full capacity, with all performances selling out far in advance of the premiere.

Liz Roche Company presented 4 studio performances of Totems in progress at DanceHouse as part of the First Looks/Originate Programme in partnership with Dublin Dance Festival, Dance Ireland and Culture Ireland on May 19th, 20th, 26th, 27th.

Ideas Interchange – TOTEMS DanceHouse May 18th 2017
Liz Roche set herself and her dancers an experimental challenge by opening the doors to the creative process of her new work, TOTEMS to a select panel of distinguished specialists, who work in various fields relating to space, art, movement and thought.

"The purpose of this panel is to make an attempt to change the environment I normally make work in, which can be me & the dancers - the creative team on occasion, but essentially a shut door to most outside influences. I would like to see if that "making" environment could reflect more the "making" process, which is unstable, very human and often very turbulent. I'm asking the panel to observe and experience the work in different stages and respond to what might be needed in order for the work to progress. The panel will act as themselves, as an audience but also as a space for ideas to be held in and debated." Liz Roche