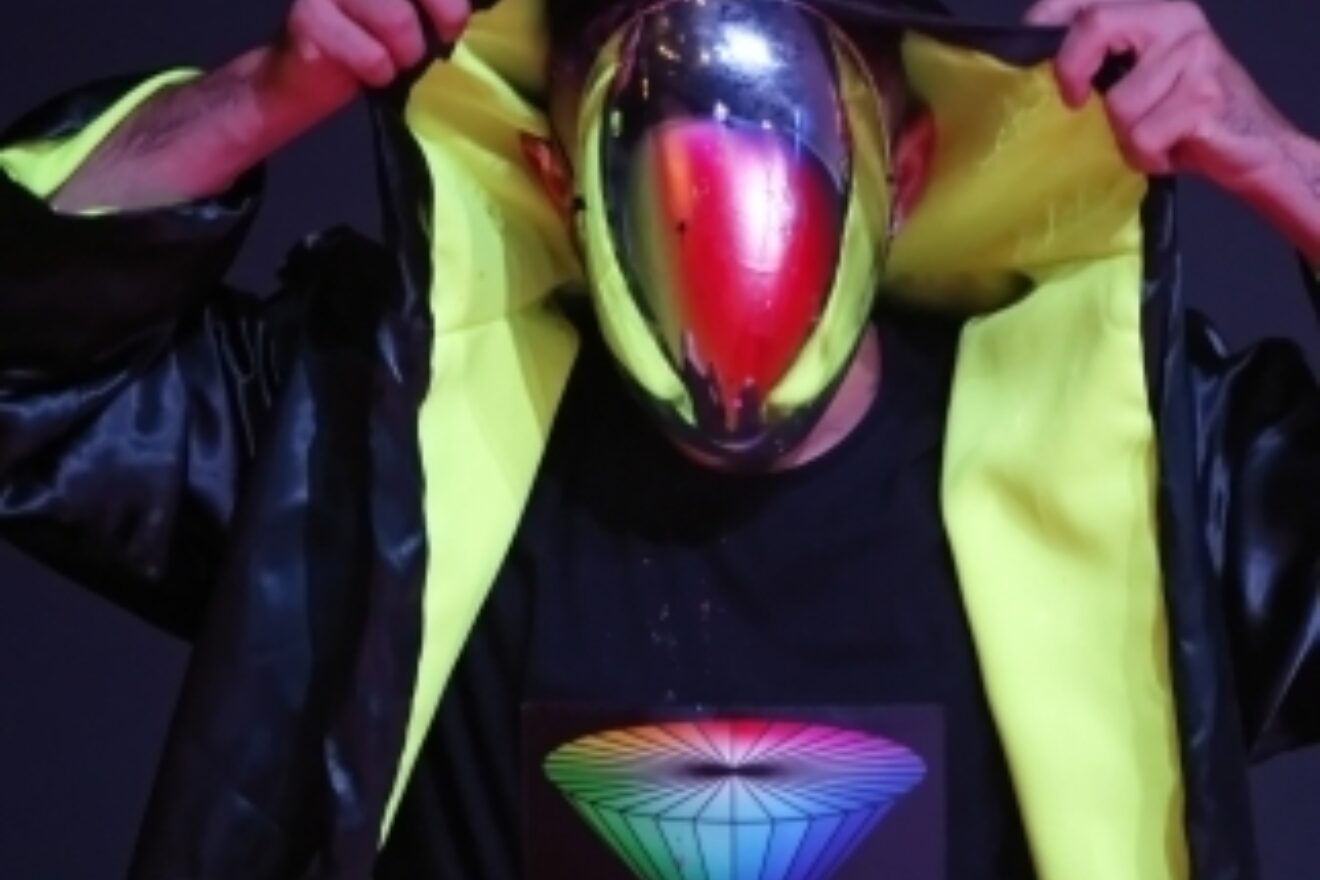 AL13FB<3 doesn’t open so much as gather pace, within the field of a Photoshop colour picker. Belfiore announces repeatedly that he has come here to talk deep into our hearts, taking care to say this to each member of the audience. In fact, he talks not only to our hearts but also to the variety of organs and senses through which we interact, in a world that is mediated by technology and that finds us torn between the absolutes of a primal body of organs and an abstracted brain without body.

Technology is the landscape on which Belfiore stages this conflict. However, as the pace with which this conflict is expressed increases, technology emerges not as the landscape but the eventual victor. Technology’s ultimate victory, a clean and utopian vision of peace after the violent interplay of primal practice and cultural affectation, is a moment of prelapsarian beauty within the performance. It is, however, only a pause before Belfiore starts the cycle once more. Reminiscent of Kubrick’s apes, Belfiore’s new world is once again thrown into conflict as its survivors search for meaning through the remnants that have survived. The statues, their human forms, become technology, and in his final monologue Belfiore’s survivors try to once again become human. AL13FB<3 is a performance of prophetic imagination; through it, Belfiore draws a history of the future to create an image of the present.