Beyond the Drones: Eric Minh Cuong Castaing on PHOENIX 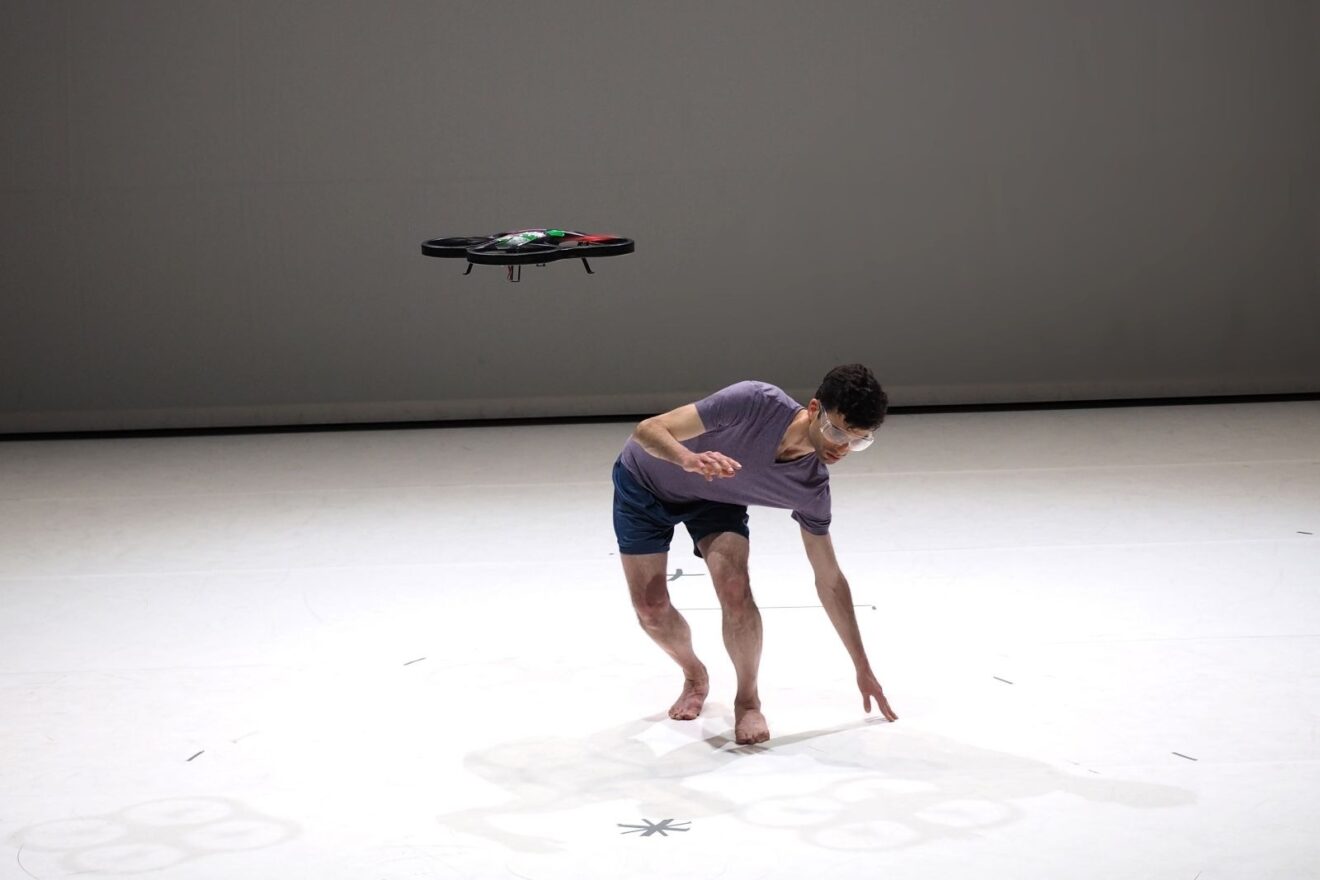 “Technology is not just a tool, it’s a structure of perception – it’s transformed how we behave.” – Eric Minh Cuong Castaing

French choreographer Eric Minh Cuong Castaing did not come to contemporary dance through a traditional training route. Growing up in the French suburbs in a culturally diverse neighbourhood, Castaing’s first encounter with dance was through hip-hop. His formal education was in animation, at the Gobelins School in Paris. He discovered Butoh (Japanese dance theatre) and contemporary later, looking for something beyond the hyper-masculine tone of hip-hop. What he found in these forms is what he describes as “real-time choreographic writing, sensitivity in real time about space and the body”.

When he began making his own work, Castaing looked to combine his training in animation with his interest in dance. He started out looking at how to map animation onto the bodies of dancers using sensors, but gradually developed his interest beyond this technical point to asking more social questions. He introduced machines onto the stage, humanoid robots and drones.

“Technology is not just a tool – it’s a structure of perception. It creates a new relationship between bodies. With every piece, we try to find what body is in relation with a piece of technology.”

In the creation of Phoenix, the work showing as part of this year’s festival, Castaing became interested in drones in particular, influenced by Gregoire Chamayou’s book Drone Theory, a 2013 polemic against the American policy of engaging in drone warfare. 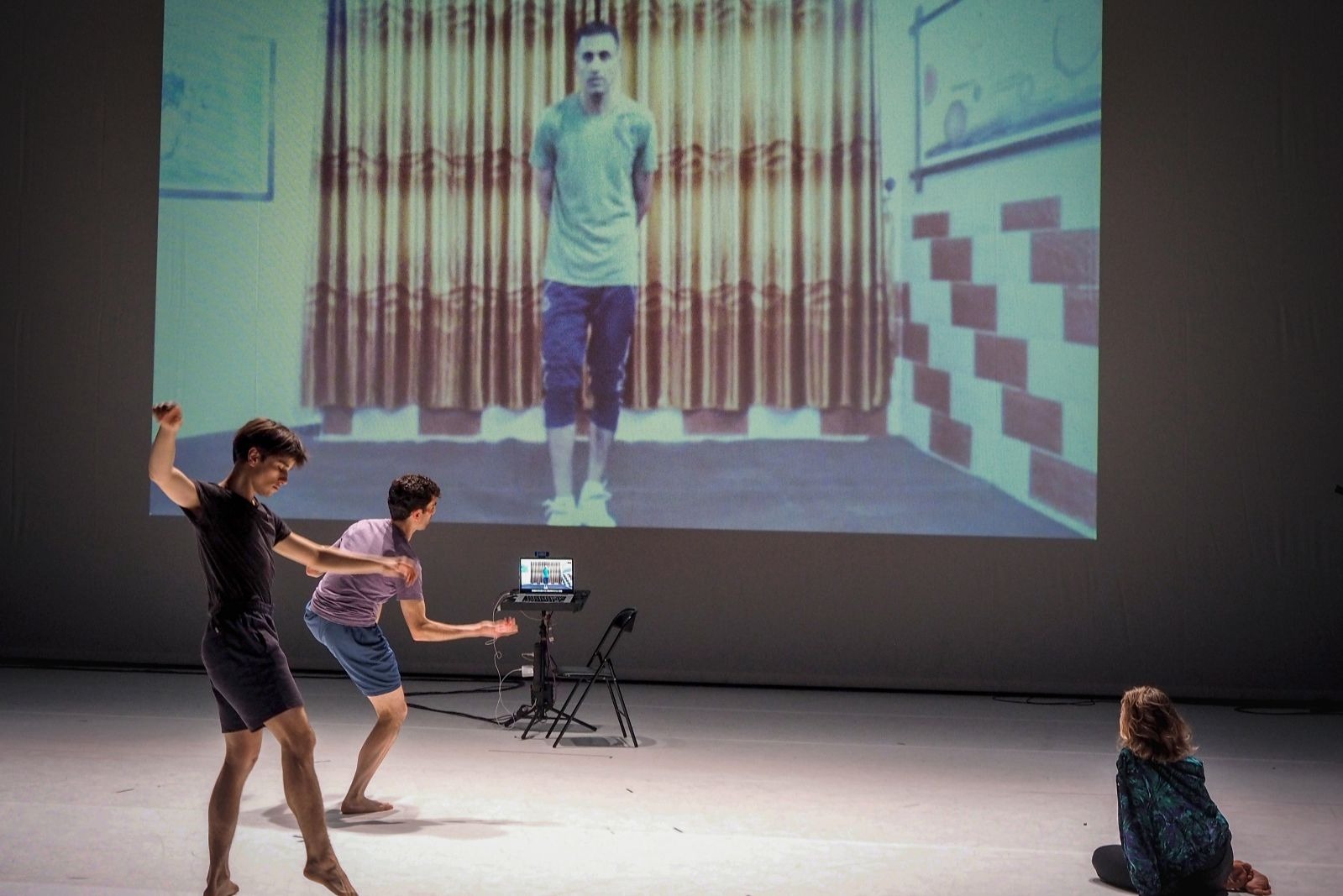 “We tried to find people living under the eye of the drone, and we learned Gaza is one of the territories that is most under surveillance by the machine. We contacted an NGO that worked there a long time ago, and we were put in contact with artists in Gaza ¬– breakdancers, traditional dancers… We contacted them through Facebook and Skype and this was how we created the piece. We never met in person.”

In general, it’s not possible for residents of Gaza to leave. Phoenix sees Castaing introducing Palestinian dancers onto the stage in Dublin via a live stream from Gaza. At the same time, live dancers on stage in the theatre interact with a drone as a form of play.

“We create a kind of small theatre in the home in Gaza. The idea of the piece is how the drone in two realities can be totally different. The French dancers play with drones, and the other part of the piece is people living under the eye of machine of war. Technology is ambivalent – it’s not just black and white.”

The artists in Gaza (traditional Palestinian dancer Mumen Khalifa and breakdancers the Myuz GB Crew (Meuse Abu Matira, Hamad Abu Hasira, Mohammed Abu Ramadan)) both dance and speak to the audience, talking about their experience of living under constant surveillance and threat.

“Mumen Khalifa talks about how he lives with the drone, hears it all the time. How it changes totally your way of moving, your way of travelling, of being stressed or not. Mumen was an international dancer, he travelled in China, in France, in Europe. But in 2010 the border closed and now he can’t show his dance, so this is an opportunity to show for him this dance, how it has become a dance of resistance.” 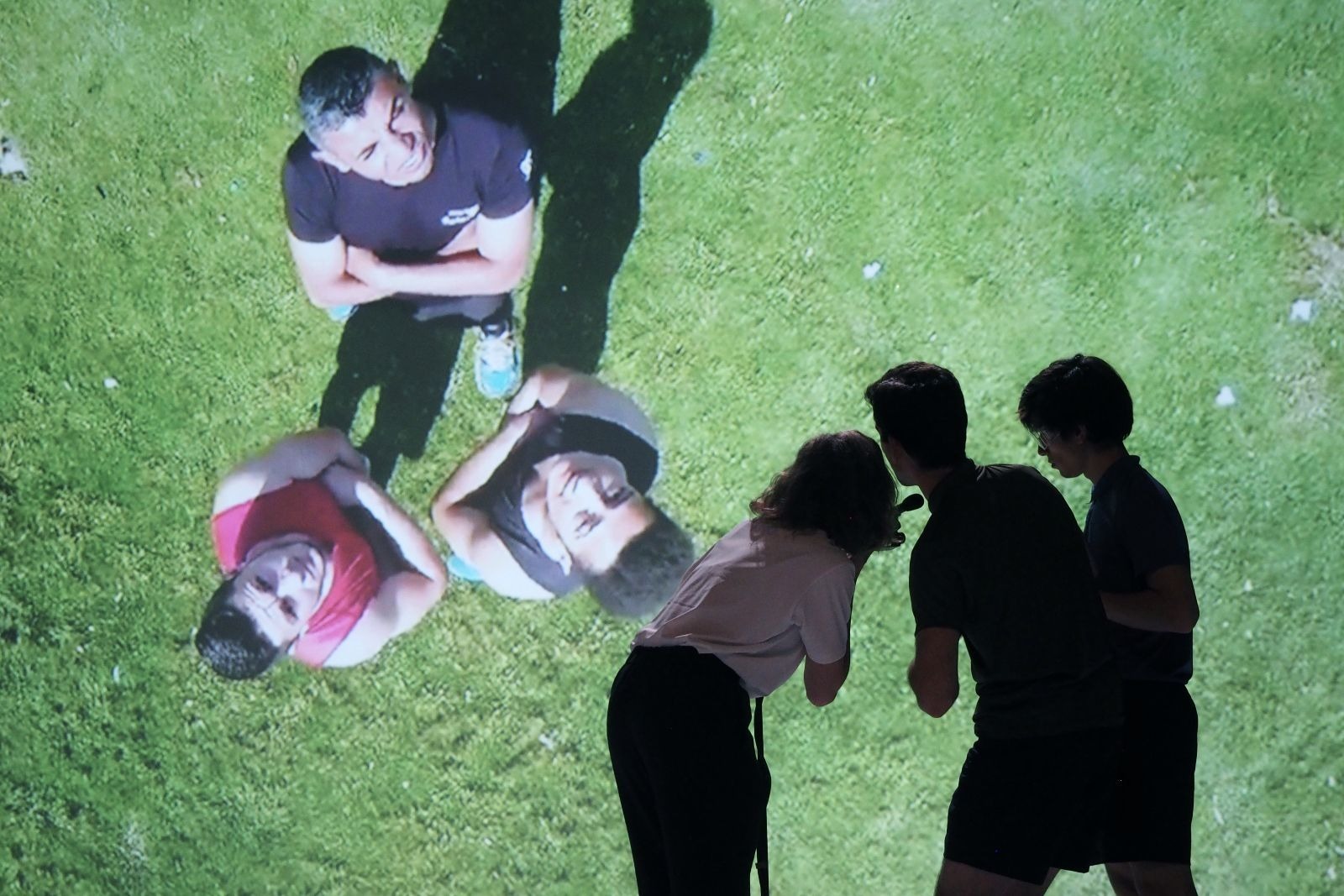 With the French dancers, Castaing studied in detail how bodies react to the movements and sounds of a drone.

“The body of a dancer is very sensitive, and I was interested in how this sensitive body reacts to the concrete stimulation of the drone – the sound, the air, when they approach, a kind of magnetic field, a hyper-vigilant way of moving, reacting to every stimulation given by the drone, moving when the drone comes very close. It wasn’t about just mimicking the fear, but understanding what kind of signal, what is the reaction every day with the drone. It’s become very usual to live with this sound of the drone for the residents of Gaza. Sometimes at night without the sound of the drone you can’t sleep. It’s a type of conditioning.”

Beyond the physical conditioning of the residents of Gaza by drones infiltrating their days and nights, Castaing is also interested in the wider question of governmental surveillance through technology in general, connecting this to the ‘aesthetic of surveillance’ that the theatre environment relies on.

“I’m concerned about the new system of control in society, created by the government. For me what is very sure is it’s a question of the aesthetic of theatre, of dance, the question of the gaze. How we move under the eyes of the audience - are we controlled by this gaze? For me when I speak about technology, it’s not just a tool, it’s a structure of perception, it’s transformed how we behave. It’s something permanent. In drone analysis, people are just a spot on the map. The purpose of living art is to meet people, even though through Skype, people with a face, a story, an intimate way of moving. Art must be a space of resistance and reflection.”

Phoenix runs for one night only in the Space Upstairs at Project Arts Centre on Saturday 11 May at 7.30pm. Tickets available here.